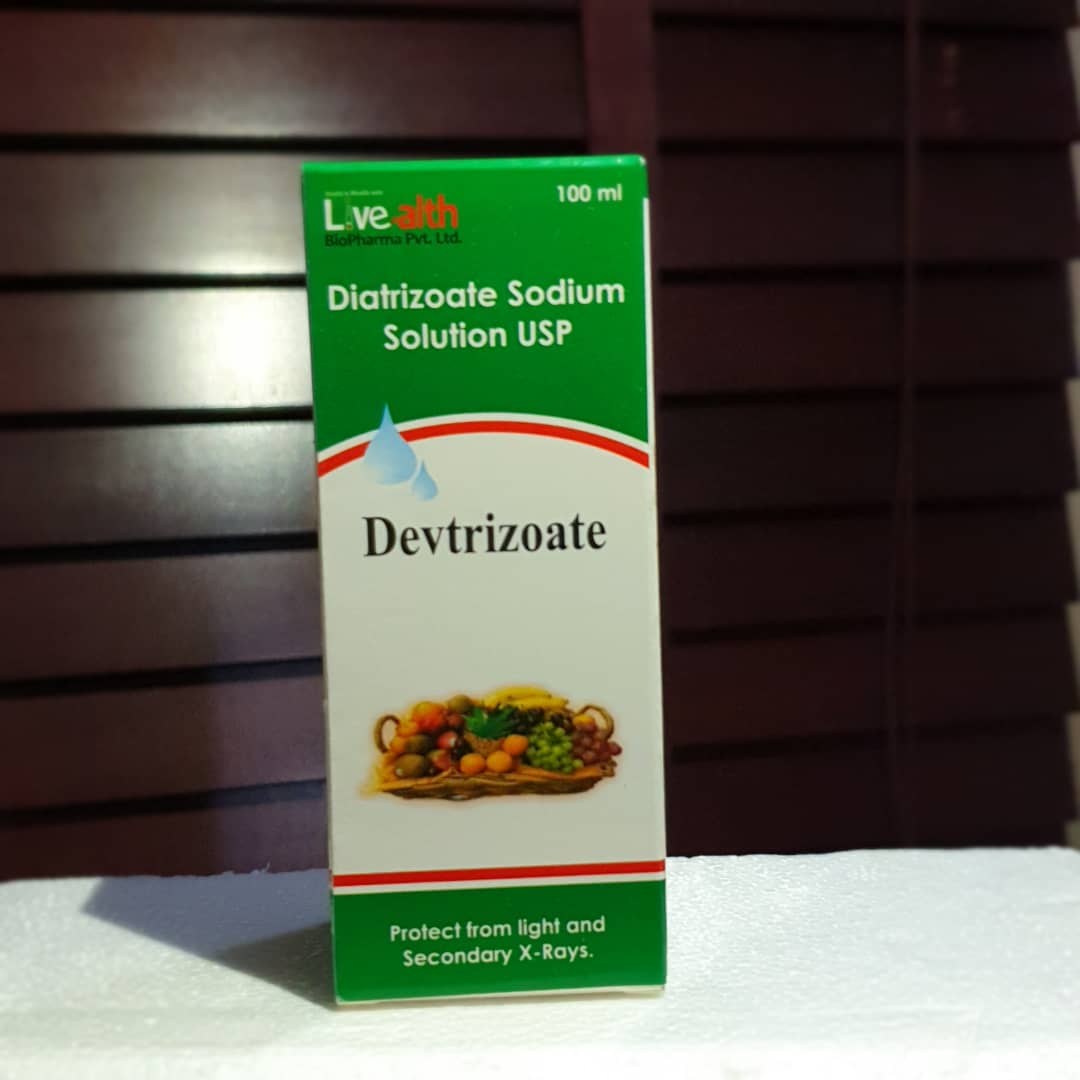 Diatrizoate is the most commonly used water-soluble, iodinated, radiopaque x-ray contrast medium. Radiopaque agents are drugs used to help diagnose certain medical problems. They contain iodine, which blocks x-rays. Depending on how the radiopaque agent is given, it localizes or builds up in certain areas of the body. The resulting high level of iodine allows the x-rays to make a “picture” of the area. The areas of the body in which the radiopaque agent localizes will appear white on the x-ray film. This creates the needed distinction, or contrast, between one organ and other tissues. The contrast will help the doctor see any special conditions that may exist in that organ or part of the body.

The dosage is based on the specific imaging test, age, and weight.

However, it is not metabolized but excreted unchanged in the urine, each diatrizoate molecule remaining “obligated” to its sodium moiety. The liver and small intestine provide the major alternate route of excretion for diatrizoate. Injectable radiopaque diagnostic agents are excreted unchanged in human milk. Saliva is a minor secretory pathway for injectable radiopaque diagnostic agents.

Used, alone or in combination, for a wide variety of diagnostic imaging methods, including angiography, urography, cholangiography, computed tomography, hysterosalpingography, and retrograde pyelography. It can be used for imaging the gastrointestinal tract in patients allergic to barium.